Common Mistake to Avoid During the Florida Driving Test

In this article, we shall explain the common mistakes you should avoid to pass the Florida driving test. 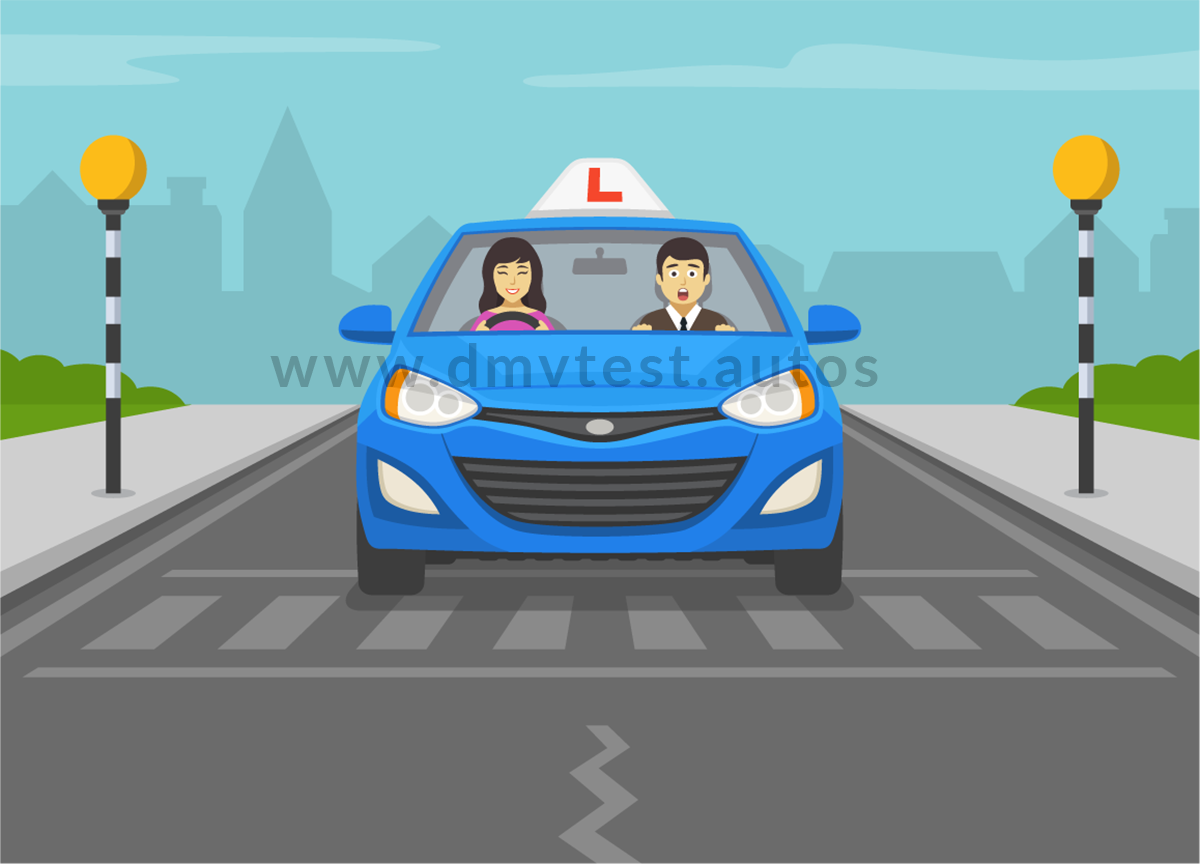 It sounds easy, but most candidates don’t properly observe their surroundings during the driving test. What should you do about it?

Of course, don’t forget to do shoulder checks especially when you’re backing up, making a turn, or switching lanes. Most importantly, make sure that you exaggerate your shoulder checks so the examiner can notice.

Believe it or not, rolling stops are one of the most common mistakes during the driving test. Something as simple as coming to a complete stop at a red light or stop sign amounts to an immediate failure. Once you’ve stopped, make sure your tires are behind the demarcation line for 4 to 5 seconds before you continue moving.

But if you notice pedestrians crossing the road, wait until they’re on the sidewalk before you proceed. If you don’t yield to a pedestrian, it’s just as bad as a rolling stop.

Another thing; once you’ve stopped, don’t release the brakes too early. All it takes is a little bit of practice before the test for you to learn how to brake smoothly.

Driving Too Slow or Too Fast

During the driving test, it’s common for most drivers to get nervous and drive slowly. Driving under the speed limit especially on freeways can be dangerous for both you and other drivers. Not to mention, driving too slow can cause you to flunk the test.

However, it’s okay to slow down when there are unfavorable road conditions such as rain, fog, or an accident.

Most new drivers have a habit of keeping the car at the edge of the road instead of driving at the center of the lane. In most cases, this happens when driving students focus too much on the white or yellow lines drawn on the asphalt.

It’s common for new drivers to hit the curb when turning or parking during the driving test. As you probably know, if you hit the curb, you will flunk the test.

What to do about it? Using the almost same technique you use to drive at the center of the lane, you should avoid focusing too much on the curb. Likewise, you need to stay relatively centered in the starting position; not too far to the left nor the right.

Otherwise, you should look ahead in the turn and don’t turn too sharply; try to go even with the steering wheel so that you don’t hit the curb or mount it when turning or parking.

Stepping Too Hard on The Brakes

During the driving test, most examiners will instruct the candidates to slow down quickly after hitting 20 mph on the speedometer. If that happens and you slam the brakes too hard, you could fail the test.

A better way of doing it would be slowing down gradually by releasing the accelerator pedal and gently pressing the brake pedal until the car stops. Also, you should estimate the time it takes for you to stop; don’t brake too early or too late.

The only exception when you’re allowed to hard brake is during an emergency.

Don’t be that guy who fails the driving test just because you didn’t understand the instructions. If you missed an instruction, you can always ask the examiner to clarify.